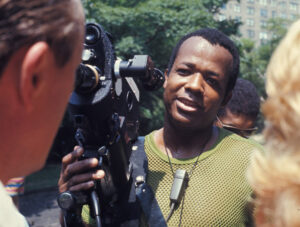 Cinéma vérité reaches a new level of reality in Symbiopsychotaxiplasm: Take One (1971, 75 mins.), a film-within-a-film in which director William Greaves dares to break the accepted rules of cinema.

It’s 1968 and Greaves and his crew are in New York’s Central Park ostensibly filming a screen test. The drama involves a bitter break-up between a married couple. But this is just the “cover story.” The real story is happening “off” camera as the enigmatic director pursues his hidden agenda. The growing conflict and chaos—accompanied by moments of uproarious humor—explodes on screen, producing the energy and the insights that the director is searching for.

Greaves uses multiple cameras, mixes cinéma vérité and conventional shooting styles and experiments with a variety of other cinematic techniques, including the use of simultaneous split-screen images. The result is a film with multiple levels of reality that reveals, and comments upon, the creative process.

Symbiopsychotaxiplasm: Take One may well be the first self-reflexive feature film to have been produced in cinéma vérité style. Greaves compares the making of “Symbio” to jumping off a cliff without a parachute.

Symbiopsychotaxiplasm: Take One was one of the 25 films selected in 2015 to be added to the National Film Registry at the Library of Congress, whose mission is “to ensure the survival, conservation, and increased public availability of America’s film heritage.” 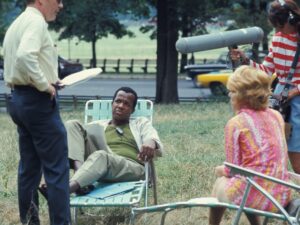 “What was immediately striking about Symbiopsychotaxiplasm: Take One was that it did not directly engage race or racism, although the fact that Greaves is both the film’s director-writer-producer and its on-screen protagonist—the focus of almost every scene—guaranteed that viewers, regardless of race, had to confront whatever racial stereotypes they held. Quite simply, in 1968, there were at best a handful of African-American directors working in television and no African-Americans directing feature films. For an African-American director to make a feature film, let alone one as experimental as a film by Warhol or Godard, could not have been imagined if Greaves hadn’t gone out and done it.”
–Amy Taubin, liner notes for the Criterion Collection DVD release of the two Symbiotpsychotaxiplasm films 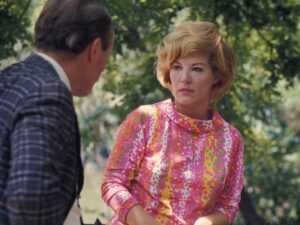 “… a movie that enters our film history so decisively it seems like it’s always been there.”
–J. Hoberman, The Village Voice

“ a witty, still-timely, and extraordinary satire on filmmaking theory and technique that ranks with the liveliest of formal experiments of Jean-Luc Goddard , John Cassavetes and Andy Warhol.”
–Armond White, The City Sun

“Greaves’s place in history is unarguable, whether it’s then, now, in the future, or all of the above.”
–Michael Atkinson, The Village Voice, Oct 26-Nov 1, 2005 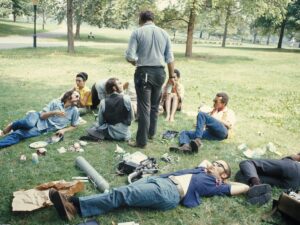